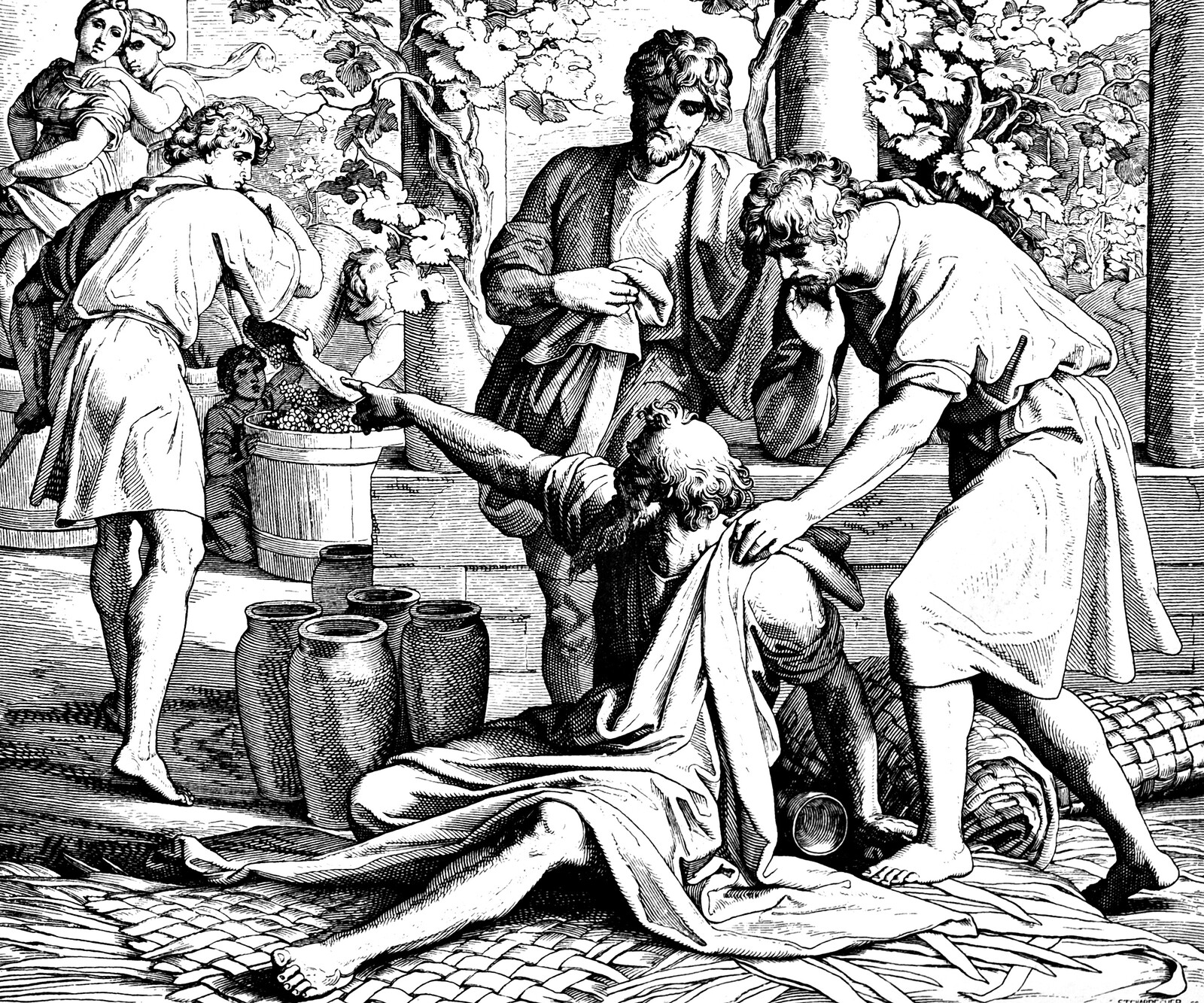 At the end of Genesis 9, we are given a very brief account of an event which occurred in man’s ancestral family shortly after the flood. This “event” is commonly referred to as the sin of Ham.

And Noah began to be an husbandman, and he planted a vineyard: And he drank of the wine, and was drunken; and he was uncovered within his tent. And Ham, the father of Canaan, saw the nakedness of his father, and told his two brethren without. And Shem and Japheth took a garment, and laid it upon both their shoulders, and went backward, and covered the nakedness of their father; and their faces were backward, and they saw not their father’s nakedness. And Noah awoke from his wine, and knew what his younger son had done unto him. And he said, Cursed be Canaan; a servant of servants shall he be unto his brethren. And he said, Blessed be the LORD God of Shem; and Canaan shall be his servant. God shall enlarge Japheth, and he shall dwell in the tents of Shem; and Canaan shall be his servant. (Gen. 9:20-27)

This peculiar story leaves the biblical reader with more questions than answers. Why was seeing Noah naked such a big deal? Did Ham actually do something more sinister to Noah? Why did Noah curse Ham’s youngest son Canaan rather than Ham who actually committed the sin against his father? And why is Ham referred to twice as “the father of Canaan”? Was he not also the father of Cush (Ethiopia), Mizraim (Egypt), and Phut (Libya)? Why not just refer to him as “Noah’s youngest son”? These questions and others like them are resolved when it is understood what the sin of Ham actually was.

What Was the Sin of Ham?

God fashioned his Church in the image of the Written Word. Accordingly, just as the body of Christ is one body with many members (Rom. 12:4-5; 1 Cor. 12:12-13; 12:20; Eph. 2:16; 4:4; Col. 3:15), so too the body of Scripture is one body with many members. This means that the individual members of the body of Scripture work together as one, supplementing and complimenting one another–just as the individual members of the body of Christ supplement and compliment one another (1 Cor 12; Eph. 4:16). In other words, when the meaning of any given passage of Scripture isn’t clear, it usually means that there is some kind of missing key link to be found among some other member of the body of Scripture. Once that key link has been located, you can simply import it into the Scripture you’re seeking to understand, and the meaning will suddenly be opened to you (Luke 24:45).

The prophetic key needed to unlock the true meaning of Genesis 9:20-27 (thereby allowing us to understand the sin of Ham) is found in Leviticus 18:

As the above passage of Scripture makes clear, uncovering the nakedness of someone was a figurative euphemism used to refer to acts of sexual incest. When the above interpretation is imported into the prophetic parable of Genesis 9:20-27, the sin of Ham becomes clear. Ham did not merely see his father naked, but rather slept with his father’s wife.

It is not entirely clear as to whether Noah’s wife was Ham’s biological mother or his step-mother. It is also unclear as to whether this was an act of rape, or whether Noah’s wife willfully consented to Ham’s sexual conquest. Whatever the case, this unholy union between Ham and Noah’s wife resulted in the conception of Ham’s youngest son Canaan. This explains why Ham is repeatedly referred to as “the father of Canaan.” What we have going on here is a sort of Maury Povich situation, where it is being publicly declared that Ham, not Noah–is the biological father of Canaan.

Note that this interpretation also explains why Noah cursed Canaan rather than Ham when he awoke from his wine. It must be understood that when Noah uttered this curse, he was not pronouncing a curse upon Canaan for the sin of his father. Rather, he was merely proclaiming under the inspiration of the spirit of prophecy that Canaan and his descendants would suffer as a consequence of what Ham (his father) had done.

Understanding the Sin of Ham

As husband and father, Noah would have been invested with all power and authority over his household, as God ordained from the beginning (Gen. 3:16; cf. 1 Tim. 3:4). Because all human beings who would be born after the flood would come from Noah’s household, this meant that Noah (as head of his household) was in a position of supreme authority over all of post-flood humanity while he was still alive. After the flood, it was Noah who was invested with the authority to apportion land to his sons, grandsons, great grandsons, and so forth–who would become the fathers of the first nations after the dispersion at Babel. It was also Noah who had the power to appoint rulers and confer kingship upon his descendants.1

For some reason that is not entirely clear, Ham was somehow convinced that sleeping with Noah’s wife would somehow cause Noah’s power and authority to transfer to him. The sin of Ham was thus some sort of an attempted power grab on Ham’s part. This conclusion is supported by the embellished memory of these events which is preserved in the mythological records of ancient Greece and Sumeria, but that’s a very lengthy discussion that we’ll have to save for another day.