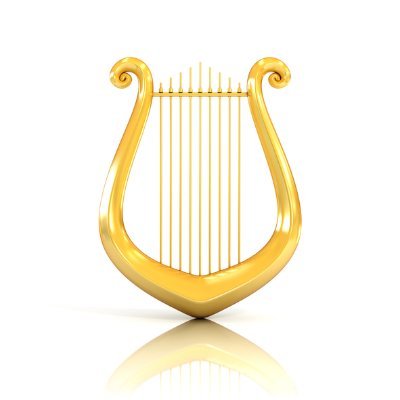 In my last post, I showed how the United States (like Israel before her) was founded on a covenant with God. We also demonstrated how the Northern Kingdom of Israel (931 BC – 722 BC) is an ancient prophetic type, or figurative model, of the USA. If you have not already, I highly recommend that you read that post before reading this one, as the knowledge of these important truths is crucial in order to fully understand the mystery and prophetic word for America that I am about to lay bare.

In the Bible, God uses the metaphor of a husband and wife to figuratively describe the relationship between himself and his covenant people. In this metaphoric analogy, God is the husband (Isa. 54:5), his covenant people are the wife (Isa. 50:1; Hos. 2:2), and the covenant between the two is the marriage agreement (Jer. 3:14). As husband, God is the leader and brains of the relationship (Gen. 3:16; Eph. 5:23). His people, as his wife, are to walk in submission to him (Eph. 5:22; Col. 3:18; cf. Jas. 4:7), and be faithful to him at all times. It thus stands to reason that when God’s wife begins “flirting” with other men (other gods (Ezek. 6:9)), she is violating her marriage contract with her God. So powerful and accurate was this analogy, that the LORD deliberately commanded the prophet Hosea to marry a whore, so that after she had begun to sleep with other men, he would fully understand the devastation and heartache that God felt when the Northern Kingdom of Israel forsook their marriage agreement and pursued other gods (Hosea 1:2-11; Hos. 3).

As I demonstrated in my last post, the Northern Kingdom of Israel is an ancient prophetic shadow of the United States of America.1 As such, whatever was written in old time of the Northern Kingdom of Israel, also applies specifically to the United States (as the latter is the literal fulfillment of what was figuratively foreshadowed by the former). Thus all of the prophecies which were originally directed at the Northern Kingdom of Israel by ancient Hebrew prophets such as Hosea, Amos, and Micah–are simultaneously directed at the United States of America. As pertaining to the present discussion, this means that the husband and adulterous wife analogy which Hosea employed to describe the relationship between God and the Northern Kingdom, is simultaneously, on a higher level, describing the relationship between God and the United States of America, which (as I have already demonstrated) has been a covenant people since its very founding, and whose colonial founders even saw themselves as a sort of “new Israel.” Hosea’s metaphor of the faithful husband and the harlot wife therefore not surprisingly becomes the key to understanding this prophetic word for America we are about to look at.

Prophetic Word to America in the Form of Song

I have always been a big fan of Motown. Several years ago, I was listening to the song “I’m Losing You” by the Temptations–a song that I was very familiar with and had heard many times before. On this particular day though, it was as if an invisible veil was suddenly removed from my mind’s eye, and the Lord allowed me to suddenly “see” what the song was actually about. What occurred to me during this epiphany, which hit me like a ton of bricks, was the realization that: “This is Jesus singing to America.”

I somehow recognized that whoever the songwriter was who was responsible for the lyrics of this song, had been unknowingly used by the Holy Spirit, and was on his behalf speaking a prophetic word for America–just as he had done in old time to Israel through David in his Psalms.

I am not going to go through the entire song and explain the meaning to every single lyric, but for the sake of making plain the overall general prophetic meaning–in this song Jesus is singing to America (his faithless and adulterous wife), who had forsaken their marriage contract, and was continually pursuing other gods. The song’s prophetic meaning is thus established on the very same metaphor used by the prophet Hosea, whose prophecies were originally addressed to the Northern Kingdom of Israel in the eighth century B.C. The following performance of the song was recorded on national television in 1967:

One of the most awe-inspiring things about this is that the performers themselves did not have even the slightest clue that they were speaking a prophetic word for America on behalf of the spirit of prophecy.

If the notion that God would speak a prophetic word for America through secular music seems alien or outlandish–it should be noted that we find several examples of this in the Bible. Deuteronomy 32 is a prophetic song written by God addressed to the nation of Israel. God taught Moses all the words of this song and then commanded him to teach it to the children of Israel, so that the divinely inspired prophetic lyrics in their own mouths might serve as a witness against them in the future after they forsake him and his Law (Deut. 31:19-22). Likewise the song of Deborah (Judg. 5), the song of Isaiah (Isa. 5), and the prayer of Habakkuk (Hab. 3), are all prophecies in the form of songs. The books of Job and Song of Solomon are both prophetic songs, and the book of Psalms is a collection of 150 different prophetic songs.2 Given that God frequently spoke prophetic words to the nation of Israel through the art of song, it would be foolish to blindly and arrogantly assume that he would not use the same creative vehicle to speak a prophetic word for America. This is especially true when we realize that the Puritan colonists of Massachusetts Bay (which would become the future seat of the American Revolution) collectively saw themselves as a new Israel, and that the United States is the only nation in human history other than Israel to have been founded on a covenant agreement with the living God. Given the unique status of these two nations as a covenant people, one would expect for his dealings with the latter to be the same as his dealings with the former (Mal. 3:6; Heb. 13:8).