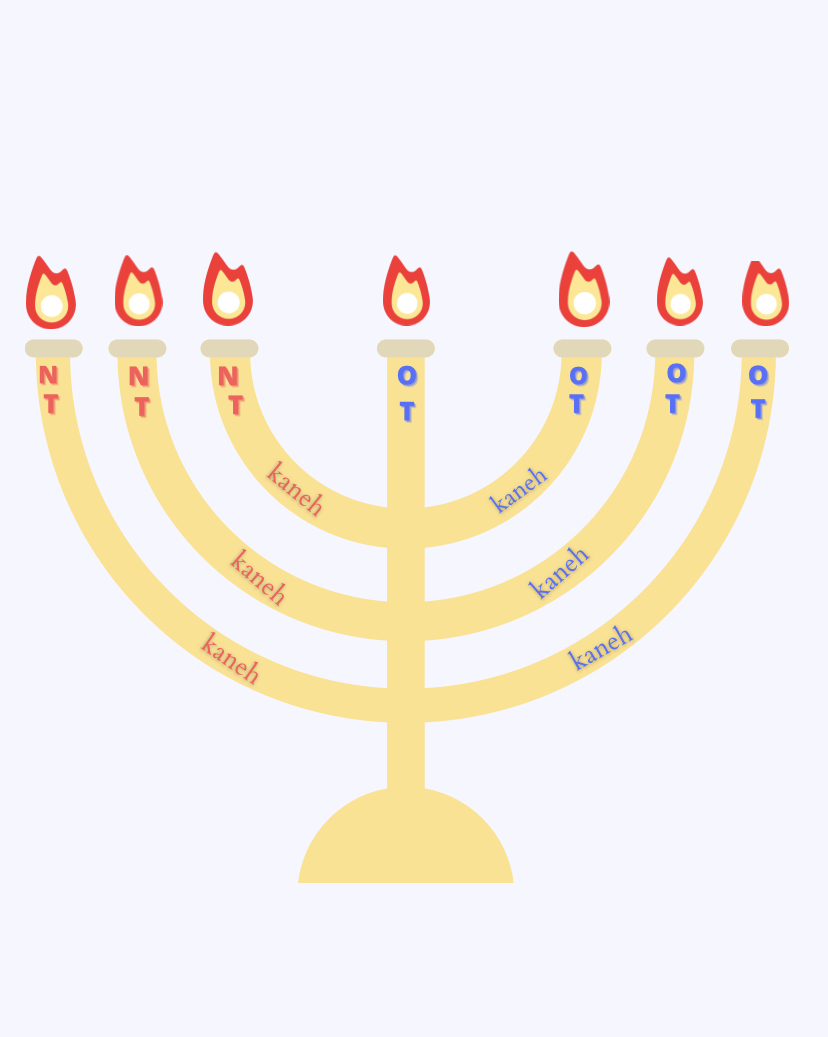 In a previous article, I showed how the golden candlestick that God instructed Moses to make for the tabernacle in the book of Exodus contained a total of 66 almonds, knops, and flowers on its seven arms. I then demonstrated how Genesis 1 and Revelation 2-3 both clearly testify that the golden candlestick was patterned according to a very meticulous 4-3 divisional schema,1 which when applied would mean that the golden candlestick contained 66 ornaments–39 on the first four arms, and 27 on the remaining three arms. Based on these observations, it was concluded that the golden candlestick obviously functions as a meticulously designed symbol of the completed Holy Bible–which God (in his perfect foreknowledge) knew thousands of years in advance would contain a total of 66 books–divided into two testaments of 39 (OT) and 27 books (NT). Today I want to share a neat little Bible code that I discovered fairly recently which bears additional witness to the truth of this great mystery. For the sake of clarity and convenience, I will throughout this very brief analysis refer to the code that I am about to reveal as “the Micah 7 Bible code,” in honor of the book and chapter in which it is found.

The Micah 7 Bible code is a Type 2 ELS code found in Micah 7:4-15 at an equidistant letter skip sequence of every 50 letters. The entire encoded string is eleven letters in length, which is remarkable for any authentic ELS code.2 When two spaces are inserted into this encoded string in the correct places, a coherent declarative sentence is revealed–which appears to be directly applicable to the containing biblical passage. Behold:

Note that the above screenshot displays the code in tabular form. Here’s how it appears within the Hebrew text grid:

As can be seen, the Hebrew statement ha-tanakh orr b’hir (English: “the Bible is a bright light”) is encrypted in Micah 7:4-15 at an ELS of every 50 letters, beginning at the letter hey in the word באה in verse 4. Given the length of the encoded string in this example, it should not be surprising to learn that this is the only passage in the entire Hebrew Tanakh where this eleven-letter string is encrypted at a short-distance ELS.3 This exclusivity combined with the obvious one-on-one correspondence we see manifesting between the encoded string and the plain text of the containing passage affirms that this is not a coincidental encryption. It is very obvious that the encoded statement is intended to correspond with the statements: “the LORD shall be a light unto me”, and “he will bring me forth to the light” in the plain text of the passage. In light of these parallels (no pun intended), it is my firm belief that the encoded statement was deliberately encrypted in this passage by none other than the Lamb himself.

The assertion that the Bible is a bright light is a powerful statement that is supported by the Bible itself, being reinforced by the aforementioned mystery of the golden candlestick that I have already revealed at length in another article. It is further supported by the words of the Psalmist, who wrote: “Thy word is a lamp unto my feet, and a light unto my path” (Ps. 119:105). It is also worth noting that the Hebrew construct דבר־יהיה (“the word of the LORD“) is alphanumerically equivalent with God’s first words in Genesis 1: יהי אור (“Let there be light“),4 by which I would argue it is implied that the word of the LORD is light. All of these biblical truths harmonize beautifully with the assertion of the Micah 7 Bible code that the Bible is a bright light. The Bible is indeed the bright light that never goes out (Lev. 24:2); it lights our path (Ps. 119:105), exposes our sin (Rom. 3:20), and reveals to us the way of salvation (John 5:39; cf. 14:6).